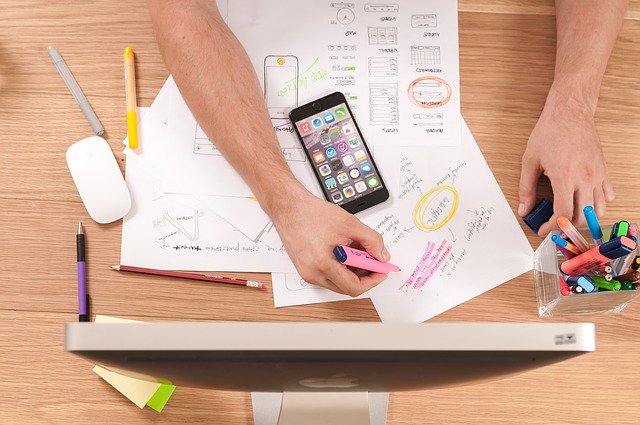 There is no better way to confirm the requirements and expectations of a customer than building a prototype. Though Business requirements specifications/software specifications are useful many don’t read all those lengthy documents and find it difficult to visualise.

A prototype can be defined as a model that is created to evaluate a design or product concept. Prototyping is vital to a UX design process.

Why Prototyping is Important

Prototyping helps in better collaboration and communication among designers as well as between designers and clients. It allows the UX designers to show the stakeholders a visual model of the end product, which helps them better understand the design. It also enables the designers to overcome hurdles that only become evident when real-life testing is done.

Another advantage of prototyping is that it provides feedback. Team members and test users interact with the prototype and can identify the areas of improvement. This helps in iteration at a lower cost and also saves time. Quality prototyping can be done by using the best prototyping tools.

How to Choose the Best Prototyping Tools

Prototyping tools aid in demonstrating user flows and also assist in early testing. With the right tools, prototyping becomes easy, quick, and cost-effective. Now, how to find the right tool for your project? It depends on several factors such as

By considering these factors, you should be able to choose the finest prototyping tools that illustrate the purpose of your design, helps you save time and money, and obtain valuable feedback.

Which Are the Best Prototyping Tools for UI/UX Designers

Now, let’s take a look at the 15 best prototyping tools that will help UX designers to develop an interactive portrayal of their design ideas.

Figma is a cloud-based tool with browser and native app support that can be used to design, prototype, and collaborate. It is easy to use, has excellent value for money, and does not require any coding knowledge to add interactivity to designs. It’s quick sharing, real-time feedback, and seamless collaboration in the cloud makes it stand out among the online prototyping tools.

Consistency is essential in UX design. With Figma, it is easy to manage the appearance of text, grids, etc. uniformly throughout a design. It also has many resourceful plugins, such as Autoflow, for demonstrating user flow and Figmotion, for creating animation. With these powerful features, Figma is grabbing the attention of UX designers all over.

Sketch is one of the most widely used prototyping tools today. It is an entirely vector-based design tool, which means it is easy to adapt to change in size, style, and layout. It is fast, efficient, and has a simple interface using which high-quality graphics and artwork can be created.

With Sketch, the transition between different screens can be done seamlessly. It also provides ease of repeating elements such as buttons, bars, etc. with simple copy-pasting.  Consistency and uniformity are two main attributes of Sketch. The well-defined user interface, ease of use, and lightning-fast prototyping make Sketch an industry standard for prototyping among every UI UX design company.

Adobe products are a league of their own, and Adobe XD keeps up this standard. Adobe XD is an all in one app that lets you create wireframes, prototypes, and design for websites, mobile apps, voice interfaces, games, etc. It allows seamless integration with other products from the Adobe family, which is a big plus.

Because of easy integration, designers can import files from Photoshop or Illustrator without trouble. It is a feature-rich tool that allows designers to view designs on actual devices in real-time and comment on prototypes. With Adobe XD, it is easy to switch from design to prototype mode, add interactions, share with the team, and receive feedback. Its reliability makes it one of the greatest prototyping tools in the market.

The acclaim for the most popular prototyping tool goes to InVision. Top companies such as Netflix, Amazon, Twitter, Airbnb, LinkedIn, etc. use InVision for their app prototyping. It is a robust tool and is continuously updated with new features, thus improving its efficiency.

By uploading static images and adding animations and interactions, it is possible to create clickable prototypes easily. It has a drag and drop design feature and is compatible with multiple image types. InVision supports real-time comments and provides an option to organize designs lists into to-do lists, under review, approved, etc. Collaboration and communication are two strong pillars of InVision, and its well-established reputation makes it a favourite among designers.

Proto.io is a prototyping tool that helps to create interactive and high fidelity prototypes using an extensive choice of components and tools. It has a very intuitive drag and drop UI using which it is possible to create prototypes without typing even a single line of code.

A variety of components, templates, and icon libraries aid the building of prototypes in Proto.io. Files can be imported to it from Photoshop or Sketch. Some of the big companies that use Proto.io are ESPN, Amazon, and Paypal.

A tool that brings the ease and speed of creating mockups on paper on a digital format? Interesting, right? That’s Balsamiq Mockups for you!

It supports fundamental interactions to create a low fidelity prototype, but which gives the feel of a high fidelity one. It has a minimum learning curve and is a great tool for beginners. With a library of over 500 premade items that can be used with drag and drop simplicity, it helps to create rough sketches of the prototype. Although it is a prototyping tool, it excels at creating simple and static wireframes, making it ideal for designers to execute and focus on UX design trends.

Ideal for creating anything from wireframes to high fidelity prototypes, JustInMind lets you focus on user experience. It is suitable for designers of all skill levels and comes with detailed tutorials and guided videos.

It is equipped with several UI libraries and templates and allows integration with other tools such as Sketch, Adobe Suite. It allows responsive prototyping so you can check your design’s adaption to multiple screen sizes. Two main advantages of JustInMind are it requires zero coding knowledge, and it allows offline working.

Created by Facebook, Origami Studio is a powerful tool that creates sophisticated prototypes. The availability of prebuilt components makes designing using this tool efficient and quick. A key feature of Origami Studio is Origami Live using which we can preview mockups live in real-time on mobile devices. It is easy to import designs from Sketch and transform it as needed while preserving the project layers.

Imagine that while you are designing a prototype, you are also creating a live website. And that too with zero codings. Appealing, right? WebFlow lets you do just that!

Once you are done creating a high fidelity prototype, WebFlow helps you turn it into a production-ready website with a click. This is a boon for independent designers as they can export the prototype without the help of developers. Webflow is a website prototyping tool that focuses on creating web animations, interactions, and responsive web design. By providing a speedy way to design and prototype, it has become one of the best prototyping tools for all skill levels.

Axure is a functional prototyping tool built for professionals. It is a feature-rich prototyping platform that facilitates a better handoff to developers by enabling the prototype to be shared on the cloud. Some of its attractive features are data-driven sorting, support to conditional logic statements, dynamic content for hover functions, etc. It also has comprehensive documentation that makes collaboration within a team easy and organized.

Fluid UI is a prototyping tool that takes pride in being lightning fast. It allows prototyping for web and mobile interfaces for both high and low fidelity. Its simple user interface and feature-rich readymade libraries make it a tool that is easy to get started with, even for beginners. Collaboration using Fluid UI is effortless. Different people can work on a prototype at the same time and can also link them together for testing interaction.

Framer is one of the best prototyping tools for interactive design. It lets you create completely functional prototypes very fast. Framer X store has thousands of resources using which it is easy to design a UI in a simple and speedy manner. Realistic prototypes and responsive layouts are the highlights of Framer.

Its beautiful designs are backed up by code, which provides a seamless workflow. It also has extensive documentation and several tutorial videos to help you learn. Its flexibility and power make it a top-rated tool among designers.

Create anything from well-planned wireframes to high fidelity interactive prototypes in real-time using UXPin. It supports elaborate animations and conditional interactions, which is very advantageous for testing of UX design principles. Its project management system and collaboration capabilities are very advanced, making it a suitable tool for big teams. It allows importing from Sketch and Photoshop, live screen sharing, and commenting, which makes UXPin an impressive prototyping tool.

A full-featured web and mobile prototyping tool that is free, fast, and easy- that is Marvel for you. It lets you create wireframes, prototypes, and design specifications. It allows designers to add interactivity and dynamic transitions to static mockups to create a realistic interface. It has a minimal learning curve; hence it is easy to grasp even for non-designers.

Its library of prebuilt templates, components, and a repository of stock images greatly aids the prototyping process. Well-known organizations like Stripe, Buzzfeed, and Typeform are users of Marvel.

Principle is a prototyping tool that specializes in the design of high-quality interactive prototypes. It is very similar to Sketch and has features such as alignment, screen connections, real-time previews, etc. It does not provide collaboration for team works; however, it offers an option to work offline, which makes up for the shortfall. Its attention to motion and interactivity makes it find a place among the best prototyping tools for designers.

Mockplus is a prototyping, collaboration and code handoff tool that keeps everything a team needs inside one app. No more app switching, you can plan on the Storyboard. No more design switching, you can design in their high-fidelity prototyping tab, creating interactive components, animations and transitions. For front end developers you can export code in CSS and get code snippets in Objective-C, Swift and XML. When finished you can share your project online by simply sending your client a link. On top of the main features, you can use plugins for Sketch, XD, Photoshop, Axure and Figma if you need.

On the collaboration side of things, there is built in task management across all pages of your project – from Storyboard to design to the review. Comments are also deeply integrated, so much as that you can comment on specific layers and components. Mockplus has really created a versatile and comprehensive piece of kit here.

Every prototyping tool has its own advantages and specialities. In this article, we have covered from beginner-friendly, low-fidelity tools to advanced, high fidelity ones. The best tool for you is the one that answers the requirements of your project- your goals, your team, and your skills. But whatever requisites you may have, be assured that technology has solutions for every one of them. And over time, we will be sure to see even more advancements in the UX prototyping field.

Aufait UX is among the top UI UX design companies in India that offer research, design, and development services. We provide realistic and best-in-class UX prototyping services for all types of projects, from novice to advanced. 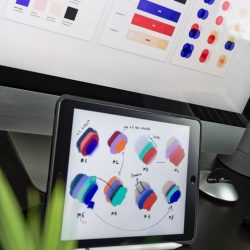 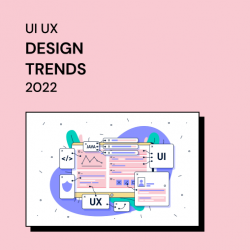 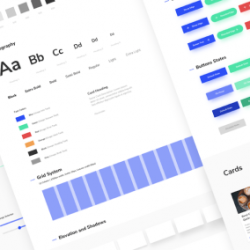